Sorry for the Inconvenience 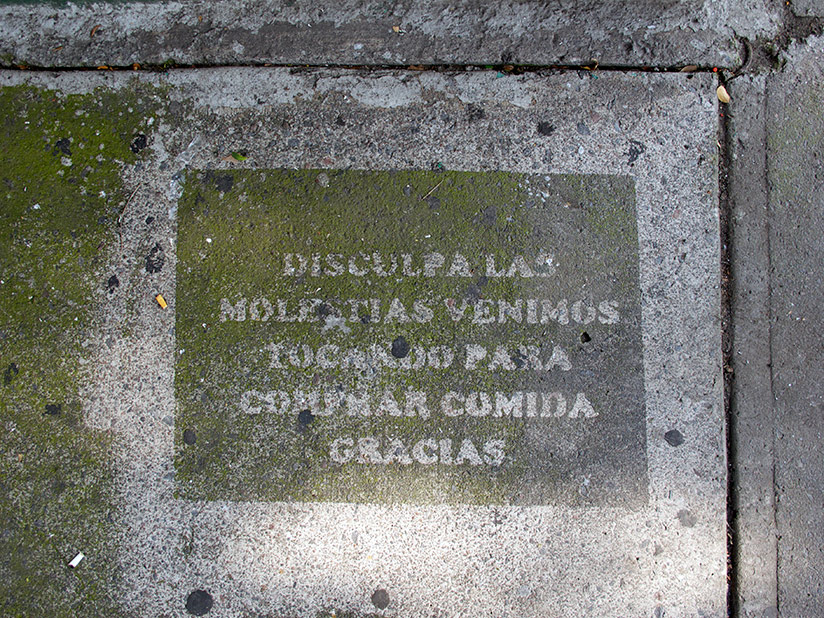 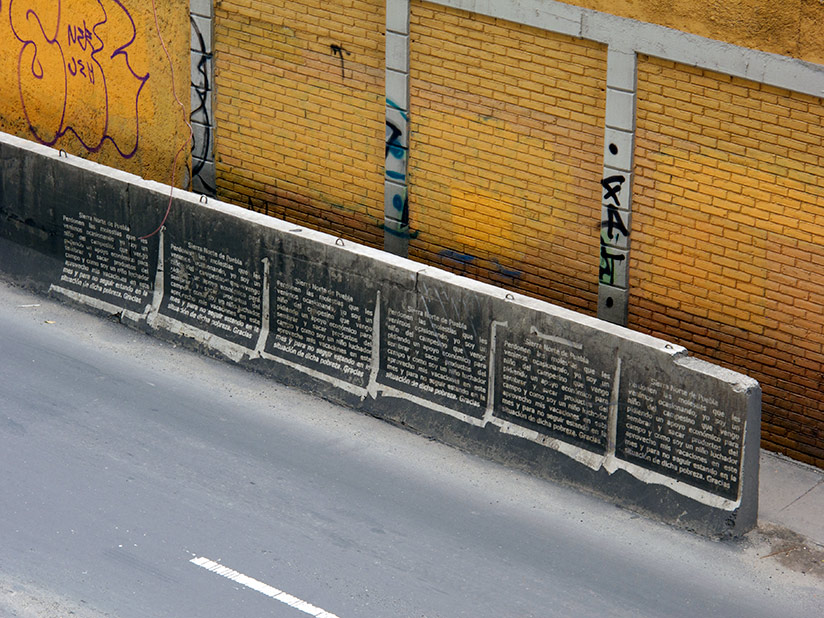 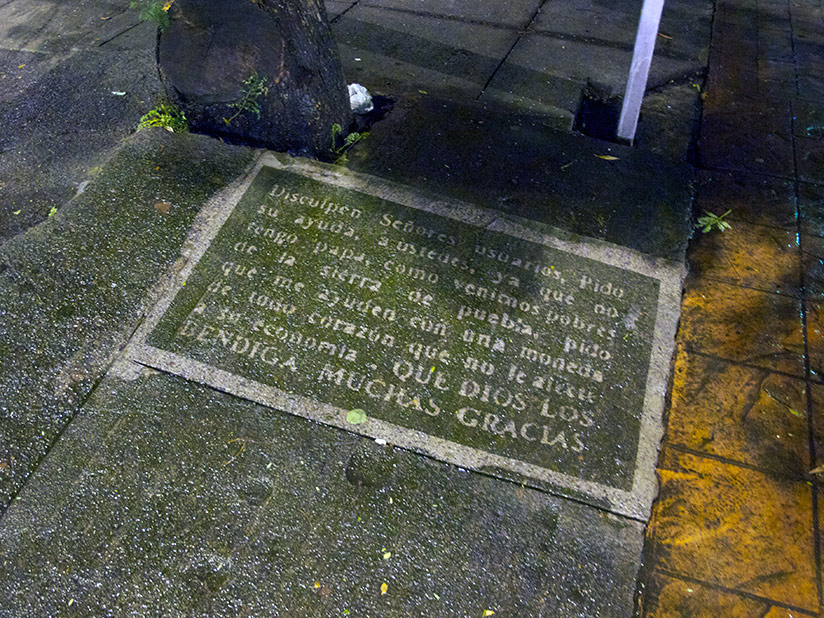 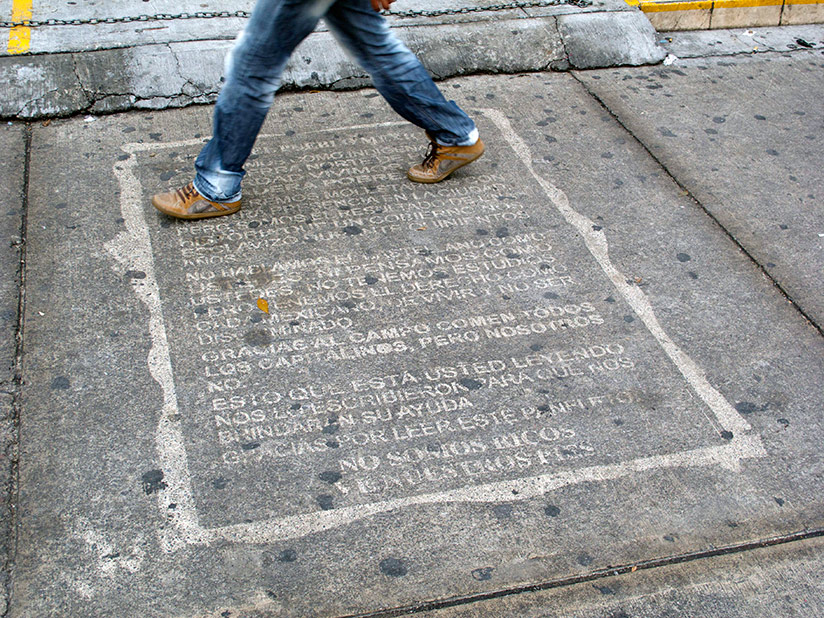 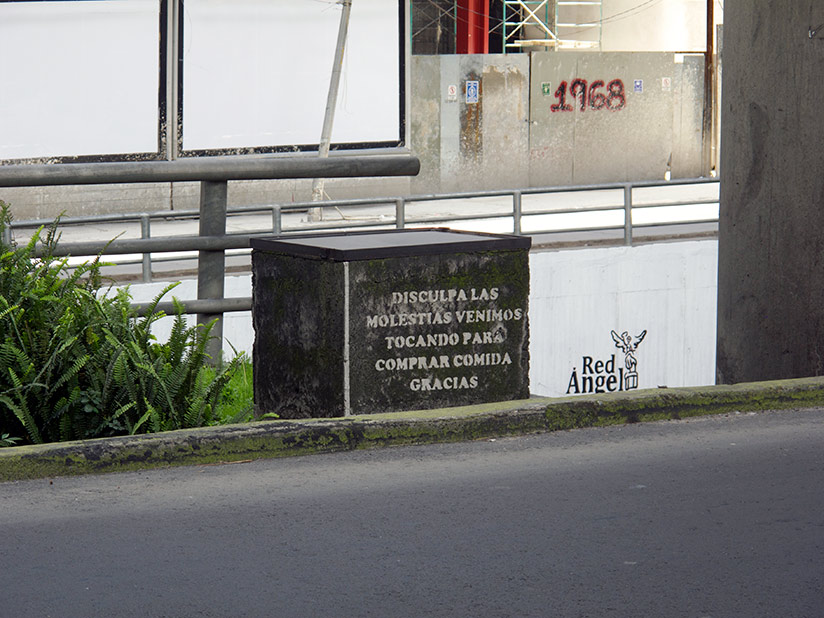 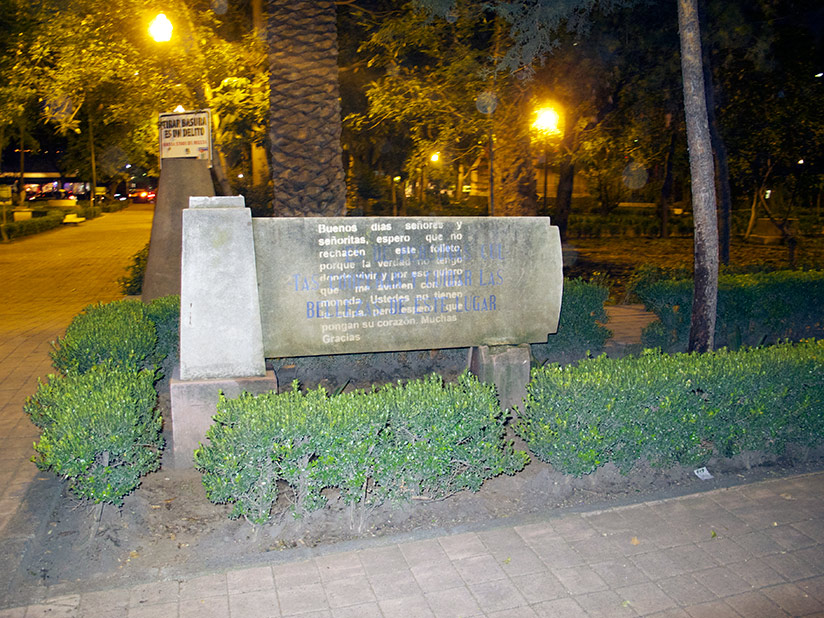 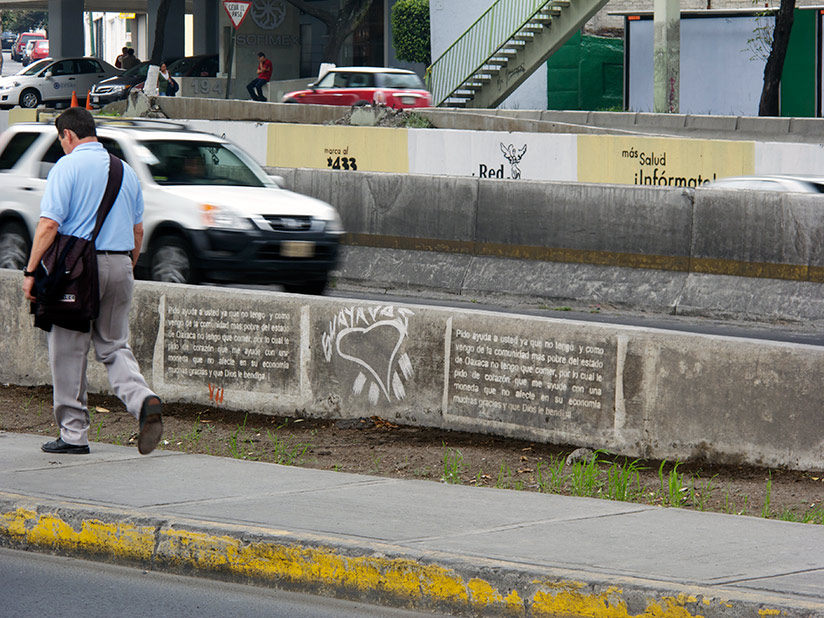 Disculpen la molestia (Sorry for the inconvenience) originated in Ilán Lieberman’s interest in what might be superficially considered a touching expression of Mexican poverty: the small flyers that circulate in the city’s subway system, distributed by people from indigenous communities who are appealing to the passengers for money. However, Lieberman, focuses on less obvious aspects, emphasizing the flyers’ visual and linguistic characteristics.

The project consists of two phases, the first consisting of the oversize reproduction of the flyers on a scale of 10:1, maintaining their original proportions, design and color. The resulting “monumentality” of the documents and the grouping of up to fifteen on each wall, helps us identify common elements: geographical origin and the manner in which they address their potential readers.

The second phase consists of the introduction of these messages into another informal and clandestine communication system. Using a pressure washer, Lieberman prints some of the messages within the public space: on sidewalks outside subway stations and other crowded areas of the city. The phrase that introduces a considerable number of these flyers, “Sorry for the Inconvenience”, is a gesture of appeal that introduces the reader to an underground network of information and communication. The project approaches this phenomenon as if it were a literary genre, studying its implicit rhetoric and reflecting on its social context. Sorry for the Inconvenience continues Lieberman’s work of using found materials, images and stereotypes that are already in circulation, altering their perception as mass media products by modifying their scale or reproducing them by other means.