Because We Care About Your Life

Presented in Intervención 001 Academia 14, in the Mexico City Historic District
May – July 2009

My project consisted in hiring a sign painter to paint the billboard of the Mexican Green Party 2009 election campaign, which promotes the death penalty with the slogan “because we care about your life – death penalty for assassins and kidnappers”. The sign was painted repeatedly in different formats on walls in the building, forming a path within the exhibition. The work functions as a mirror of the visual bombardment of this advertising campaign during the 2009 Mexican intermediate elections, infiltrating itself in the same way within the exhibition space. 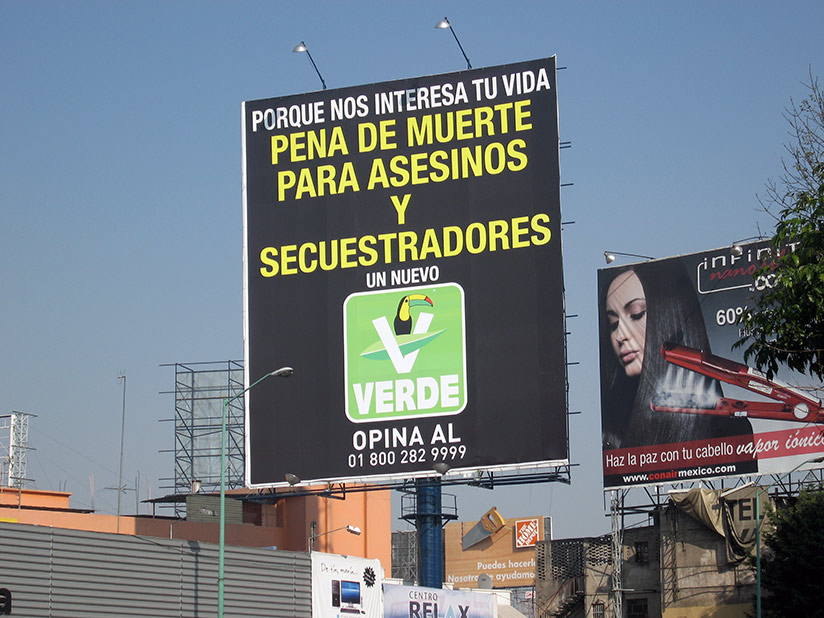 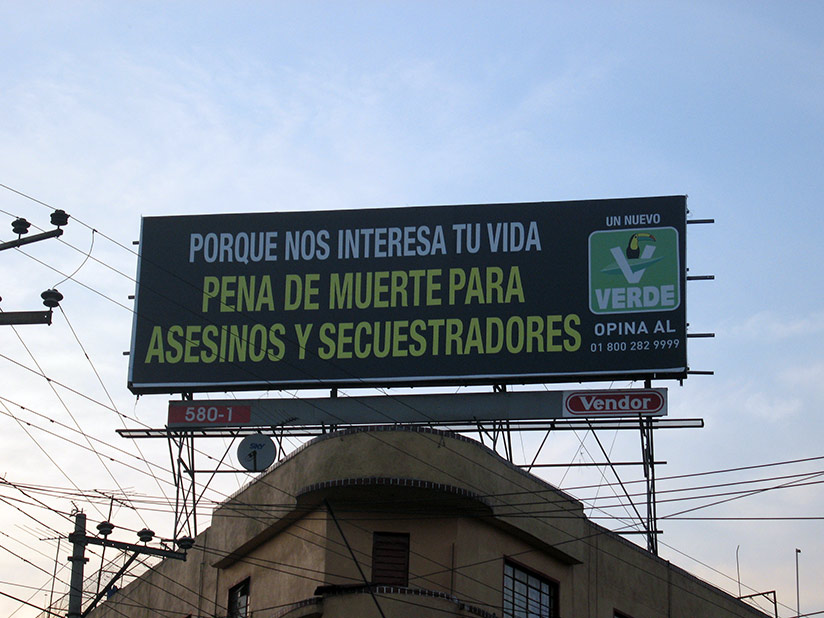 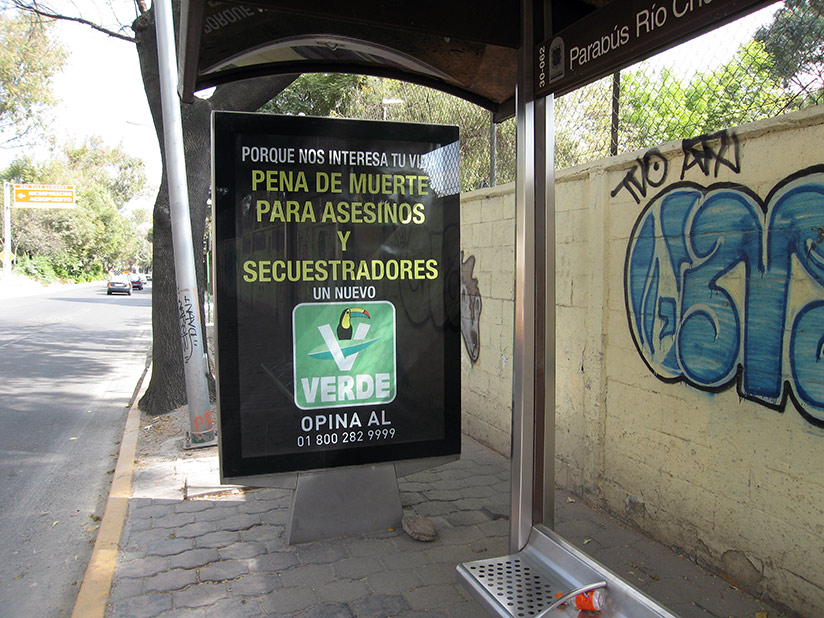 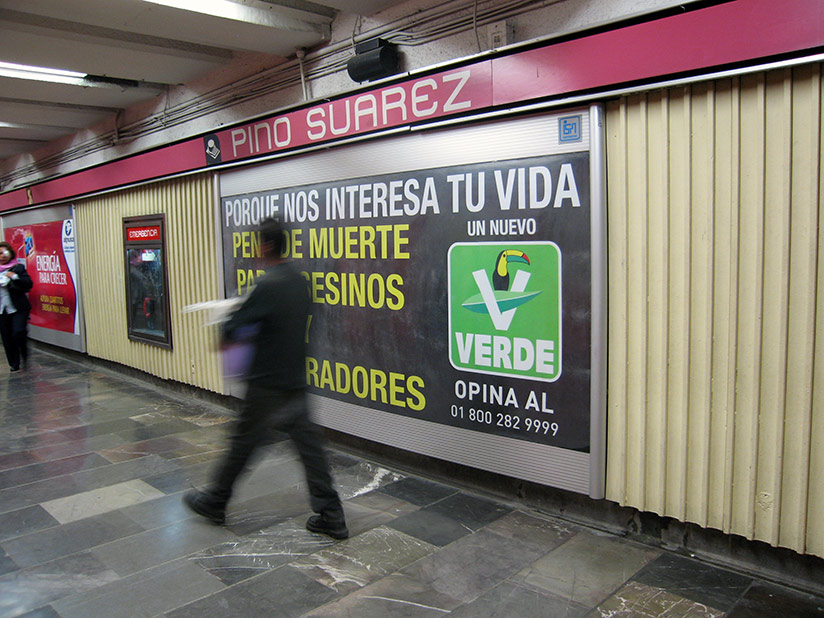 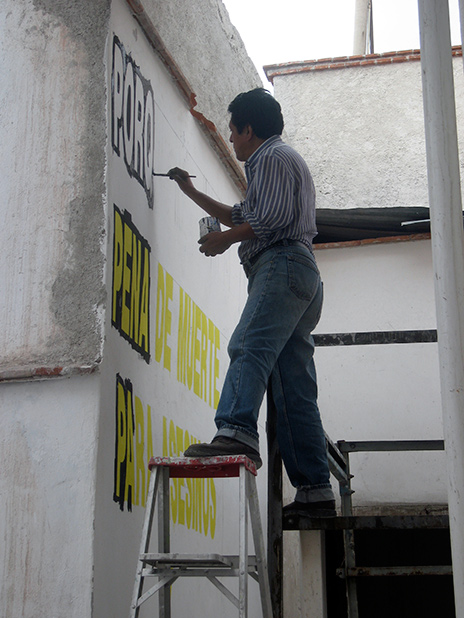 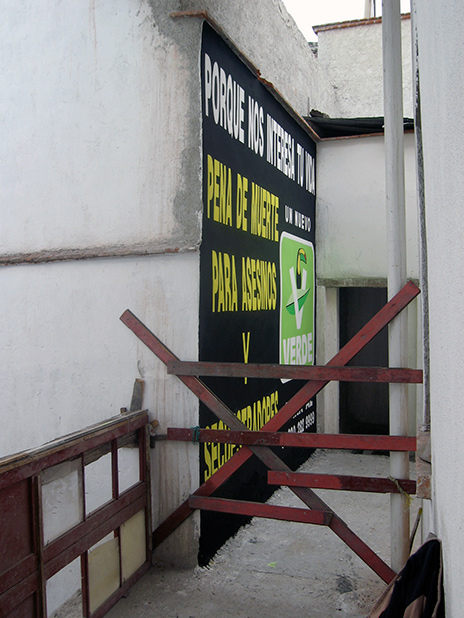 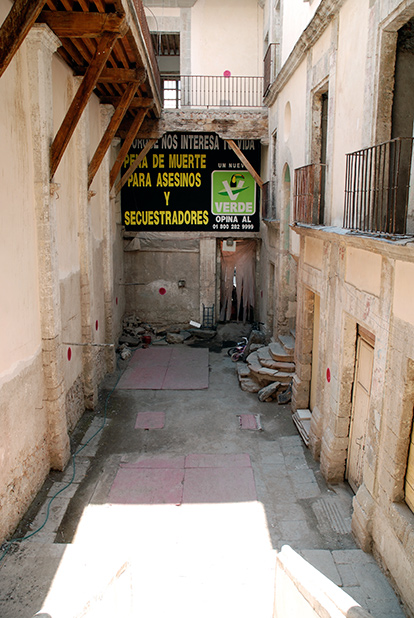 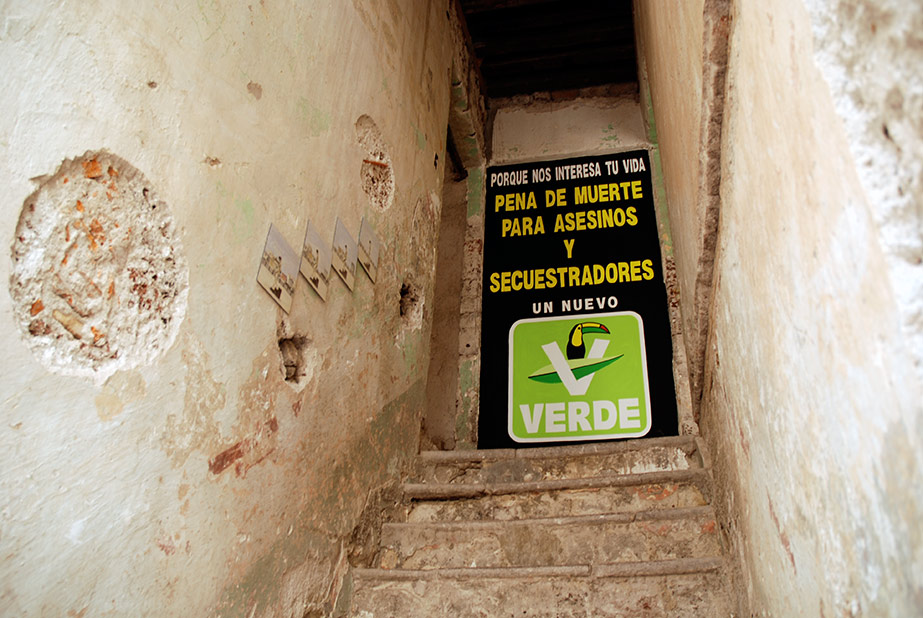 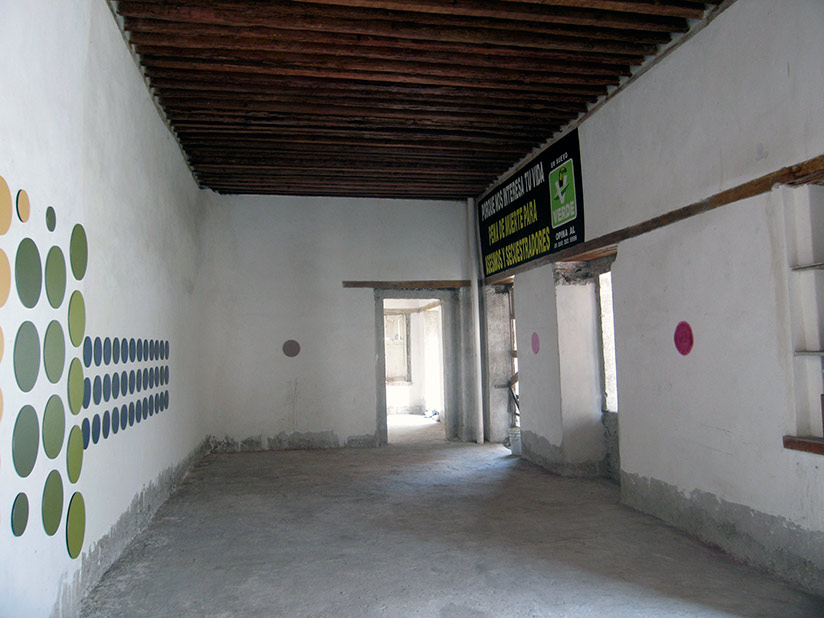 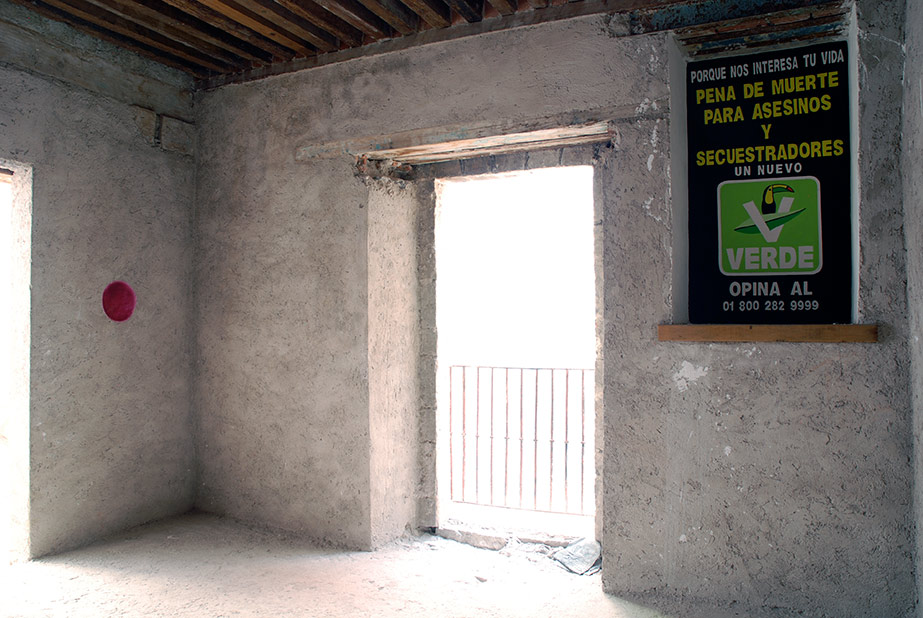 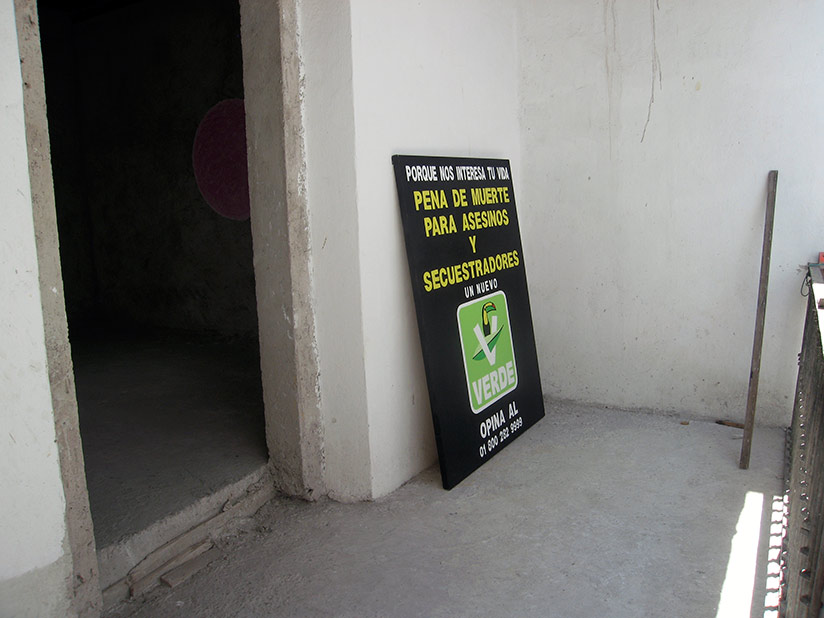 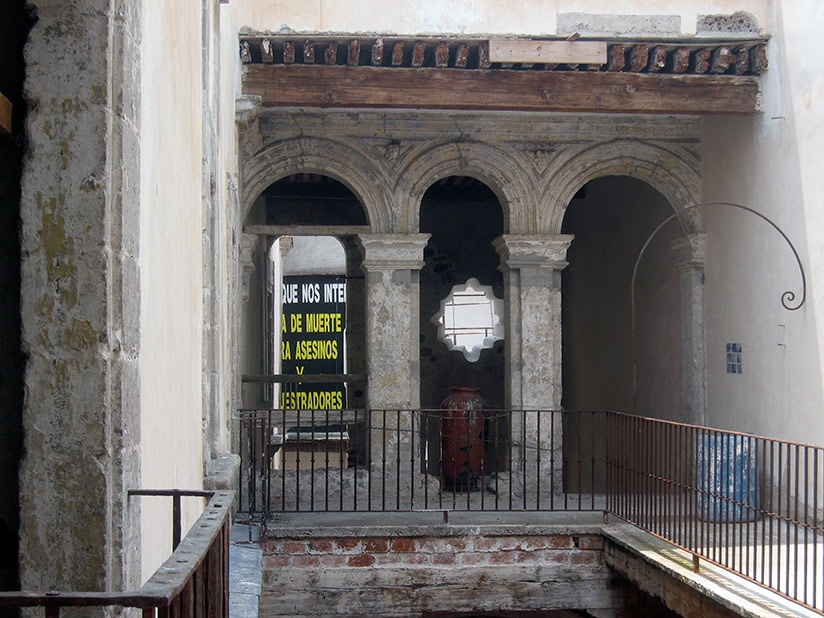