Since the end of 2006 I have had recurrent dreams that include works of art (which do not exist in waking reality) by many different artists, including myself, and anonymous works. The following works were based on drawings and written accounts of some of these works.

October 14, 2006
“In this dream, I was standing in front of a painting made by César Núñez and Roger Von Gunten. The piece was approximately 63 x 47 inches, with a dark blue background, an orange structure and various round, bright blots. The largest and most central of these blots of paint was pink but not thoroughly mixed and it seemed to be covered by glossy varnish. It was not clear which artist was responsible for each part of the painting.”

October 18, 2006.
“In this dream, Liset Castillo took me to visit her studio, which looked like an auto repair shop or a poorly lit barn. With help from her assistants, she showed me a strange hanging piece, composed of animal-shaped flowerpots and other figures (I particularly recall a dog). A diversity of plants could be observed in the pots, which hung from bright luminescent tubes. There were also stars on the top section of the hanging structure.” 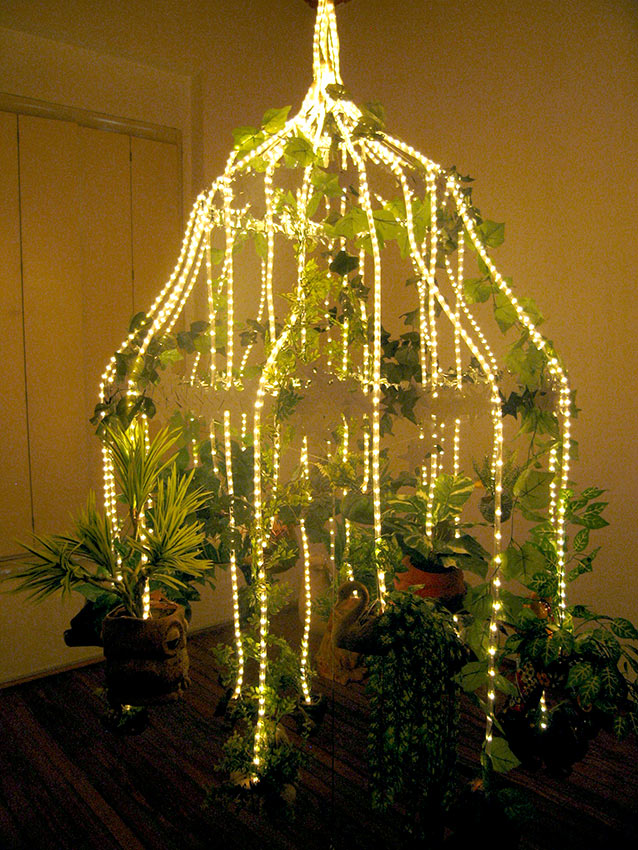 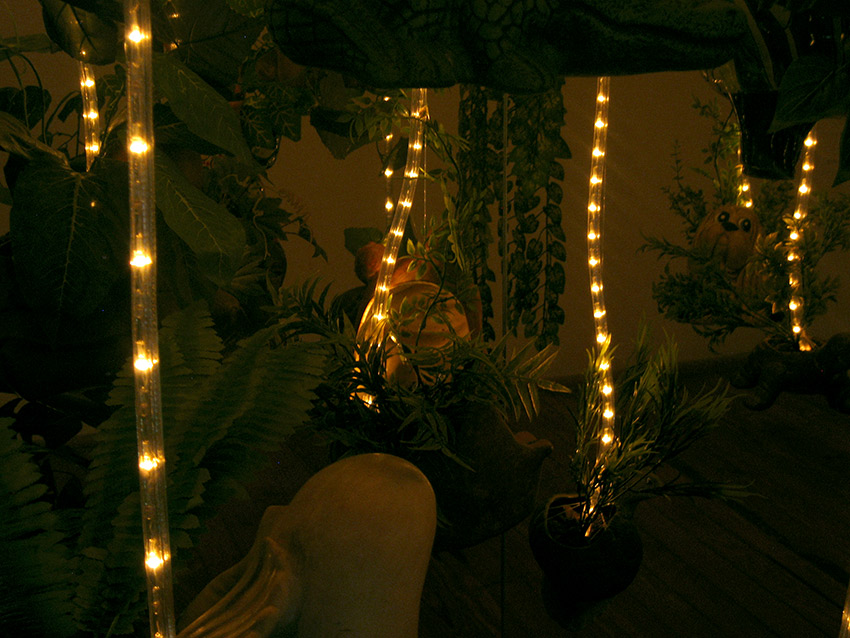 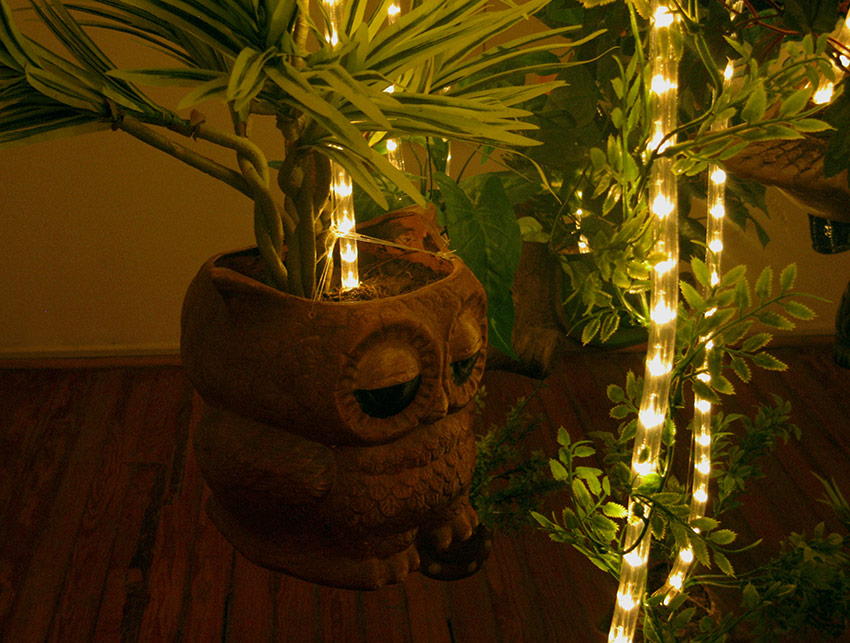 October 19, 2006
“In this dream I was in front of a work by Louise Heller. The piece was rectangular and composed of white rectangles of different heights; their sides were covered by primary and secondary colors, reminiscent of Mondrian’s paintings. There were also phrases written over the white surfaces (but I cannot remember what they said). I also don’t recall if the piece was set on the floor or hanging on the wall.” 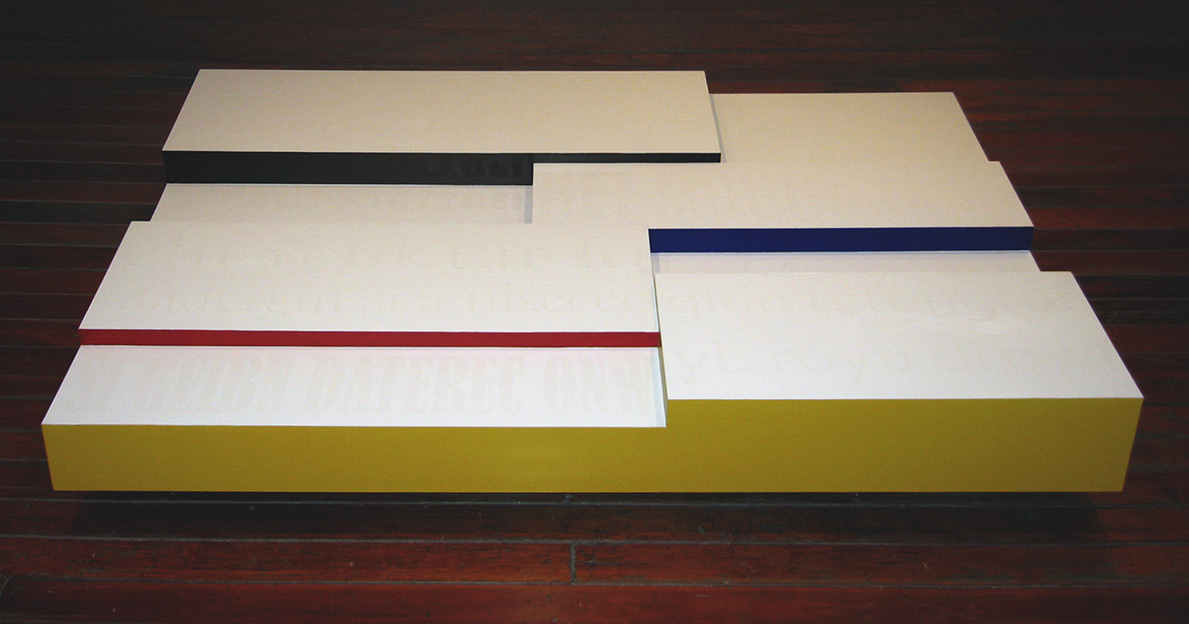 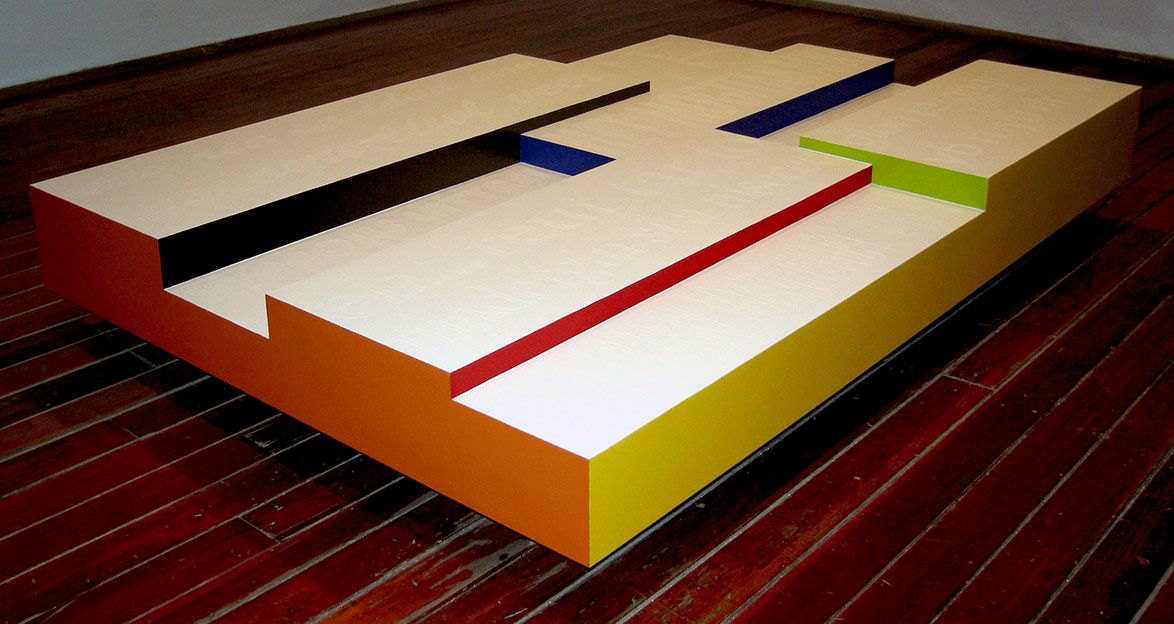 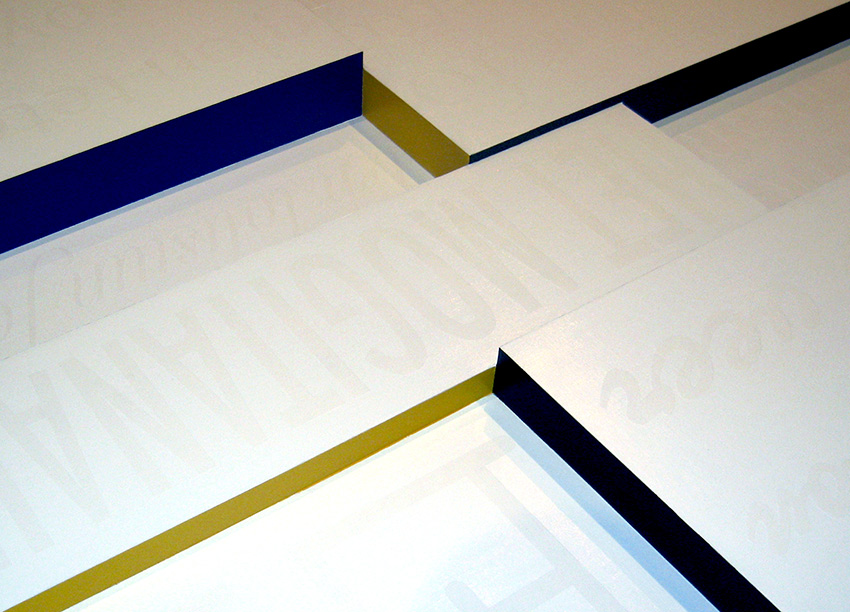 December 3, 2006
“I dreamt that I was in a plowed field and there was a person standing beside one of the fields in front of me at some distance. I got closer to him and realized it was Gabriel Orozco. His hair started to move in the wind, and suddenly he began to levitate in the air, he extended his arms to his sides and, doing so, he placed himself on top of the left plot and slowly began to lean forward to a horizontal position. Then he began to fly from one plot to the next, and as he did so, the form and the color of the left parcel spread onto the right one. The color of the earth was ocher.”

August 1, 2007
“I was in a solo show of my work at Pepe Arcaute’s gallery that had been put together very hastily. There was a piece I didn’t like, but I had found a way to improve it. I entered a dark room where you could hear the sound of a projector (probably a slide projector). The wall was lit by the projecting light, but my idea was to paint the lit section of the wall gray so you couldn’t see the difference between the lit part of the wall and the unlit part, in other words, the reflection of light on the wall was not noticeable.” 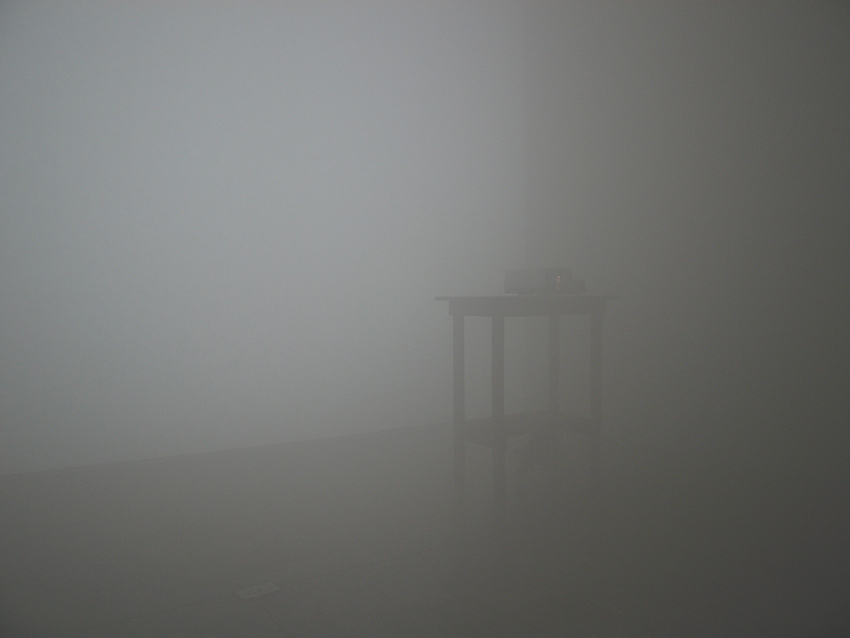 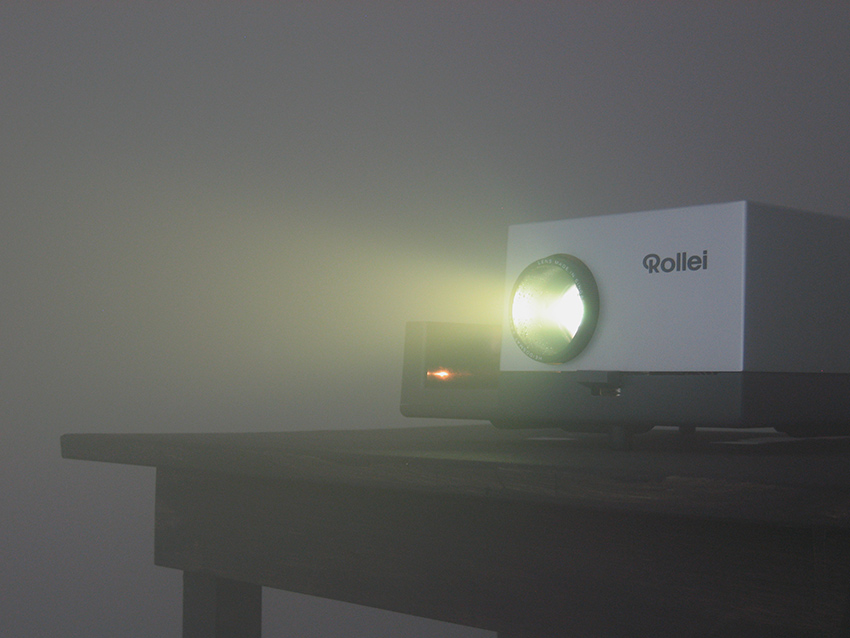 August 27, 2007
“In a dark room I saw a large knitted garment hanging on a rope and lit by a single spotlight from above. (In a semi-conscious state, I thought of asking Mazahua indigenous women to help me make the piece). The garment resembled a large pair of trousers approximately 9’8″ in length. It was not clear who had made it.”

September 7, 2007.
“In the second part of the dream, a character similar to Avi Angel offered me a show in an alternative space. I proposed a large figure dressed in black and wearing a hat; its face and hands were vermilion red, one fist was considerably larger than the other and he was smiling in a sinister way. The idea was that the work would be installed in a large room with high ceilings, so that a huge version would be needed.” 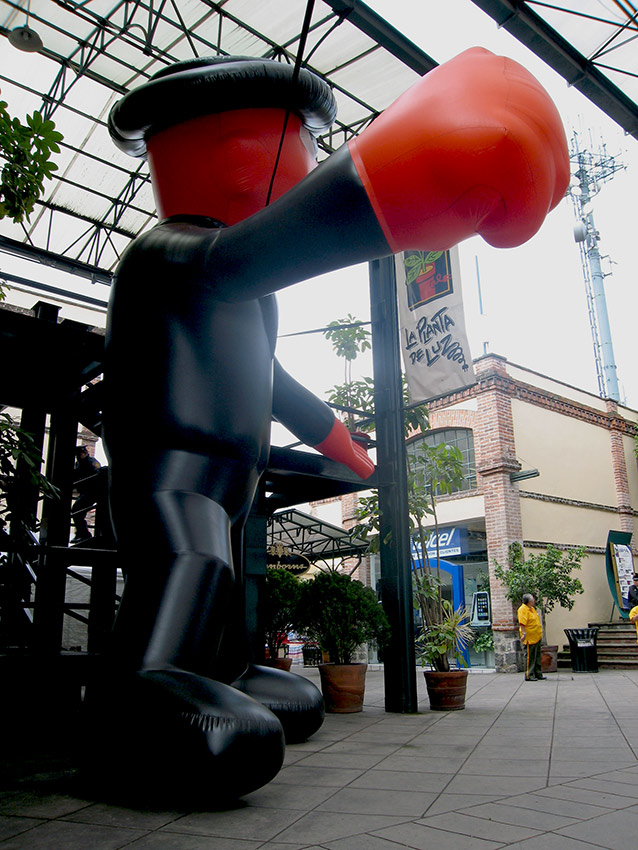 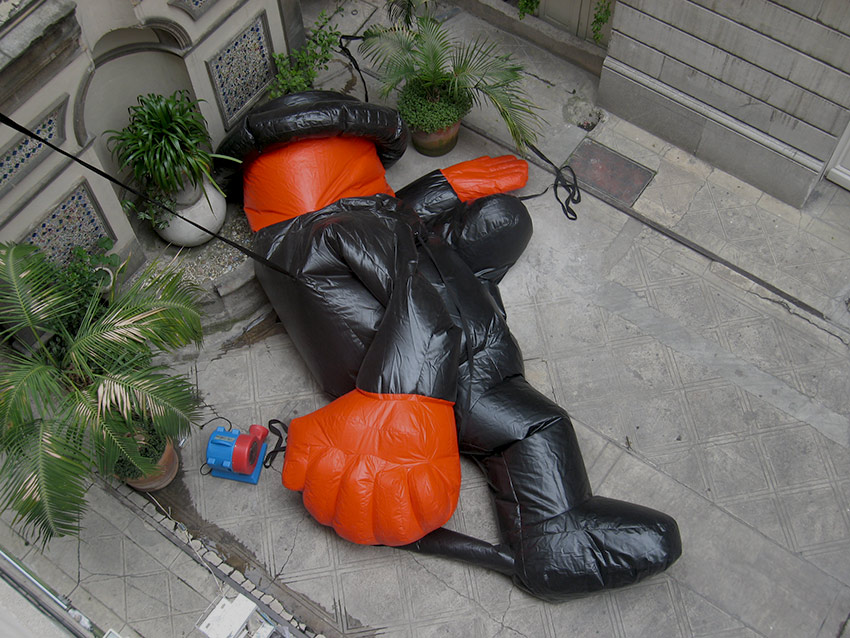 September 17, 2007
“In the dream there was a sort of aluminum window that I had made, with a division in the middle and a loosely woven canvas stretched on the back. In the lower left-hand corner there were four holes in the glass (where one could put his finger). Francis Alÿs came to see the work, and he seemed to like it. He said he could have made such a piece, and I thought he would like to buy it. I took the work off the wall to show him the back of it. On the upper right-hand side (seen from behind) my own signature was painted in dark green; it had the form of the window.” 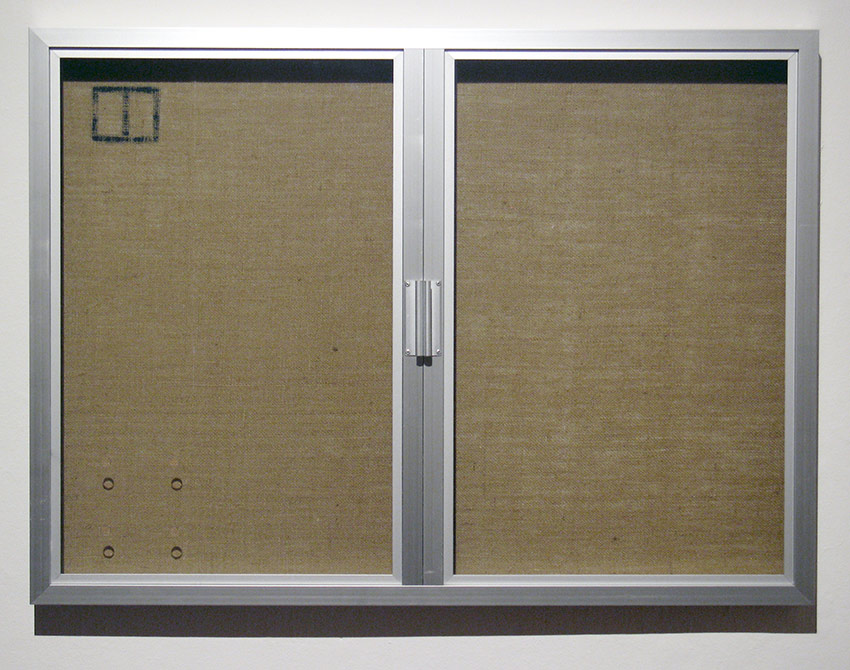 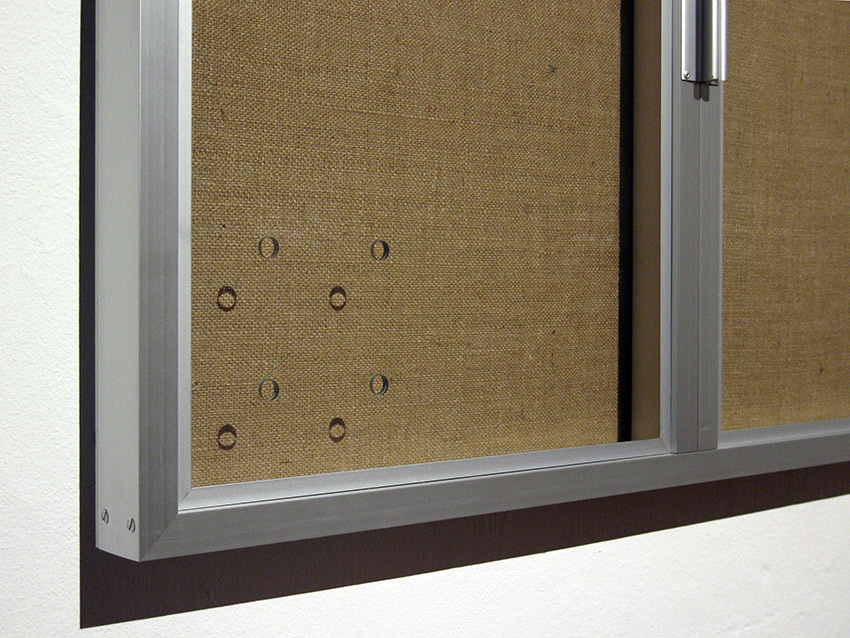 October 10, 2007
“In the dream I was in a building watching a modernist style building with a zigzag design in front, where I saw a work by Terence Gower made of rectangular metallic plates, mounted on the upper part of the facade.  The plates followed the form of the building and were rusty (and apparently lacquered). In a semi-conscious state, I thought the plates should be painted red (the color the artist uses in his real-life work).”

October 31, 2007
“I was supposed to take a few early works by Alberto Gutierrez Chong (from the 1970s) for a show. His works hung on the walls of his house and I had to carry them, so I was checking how many I could hold. The second piece, which I saw in an intermediate state, was an abstract collage made of strips cut out of magazines and placed on a white paper.”

March 18, 2008
“I showed Monica Manzutto my work. She seemed to be acquainted with it already and showed me a work of mine from 1996. It was a figure made of my own paintings of that time and wooden stretchers, measuring approximately 6′ 7″, and was placed in a large warehouse. I told Monica that my work had improved since then, but she seemed to like it.” 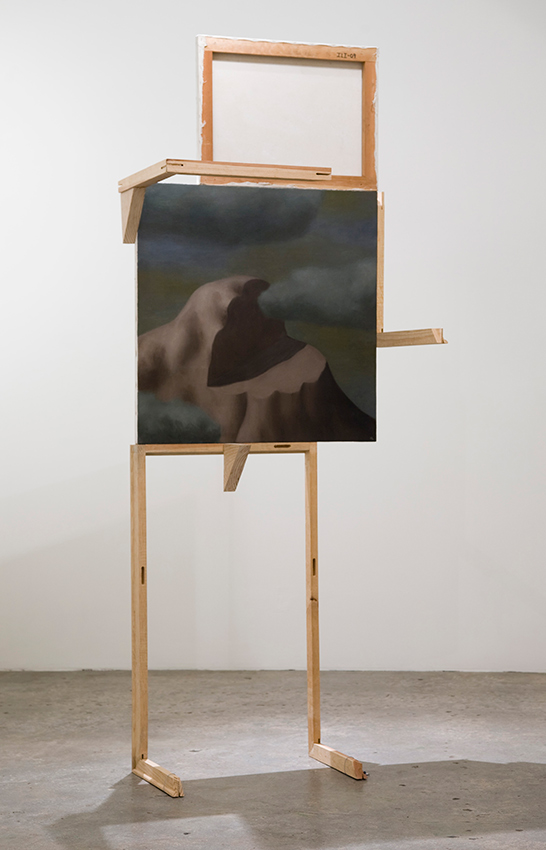 August 8, 2008
“A kid’s white flannel pajama top, folded inside a carton made of light boxboard (of the type that is white on the inside and brown on the outside). The title of the work was Abajo (down) and I believe my son Bruno made it.”

March 1, 2009
“I was taken to see the art collection of an Israeli family living in a Mexican village. The collection was composed of donations by the artists. The second work I remember was a self-portrait by William S. Burroughs made of pinkish marble stones, set on a flat surface. The portrait “emerged” suddenly (as shapes in clouds do) and I also distinguished in the work another angle of his face.”